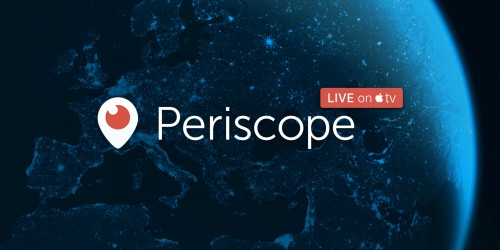 Periscope and Twitter Integration A new built in app for IPhone users as well as Android allows you to send a live stream directly to your twitter dashboard. Followers all around the world can view your stream. But its not adult friendly..so you’ll have to keep your clothes on. If you are an android user there is another app called Meerkat in the beta stages. I hear its not as great as IPhone but may be a bit more adult friendly.

I am so in love with Periscope that even after Instagram Live is finally here I don’t think I will ever give it up. I’ve started using instagram more and more but I still love my twitter accounts too. But Ive noticed that it was getting kind of stale and I wasn’t really sure if my followers were really getting my info? So I started using periscope mainly because I like watching what people all over the world are up to. So I decided to do a few quick broadcast talking about my paysite and skype. As it turns out my twitter followers are all over Periscope and received notifications that I was broadcasting. As a result I got followers who’ve never spent money and those who haven’t in awhile look for me. My number of skype shows have gone up and signups to my paysite increased as well. Mainly Periscope is a way to interact with your existing twitter followers and gain new ones.