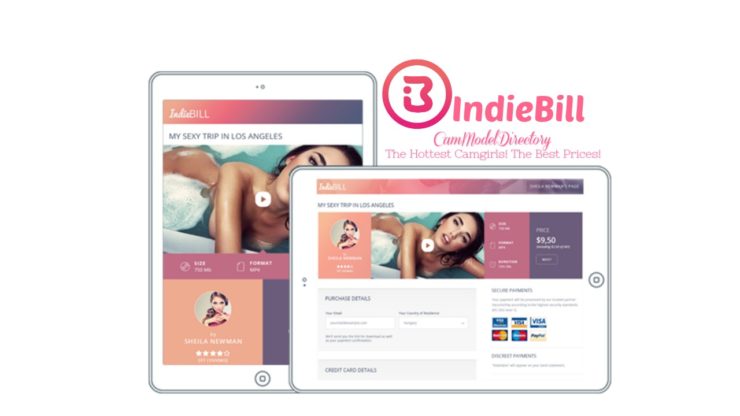 Recently on January 8th, CamModelDirectory the number one site for selling independent camshows, was purchased by IndieBill a company that many cammodels and content creators currently use. In addition to selling skype shows many use IndieBill to sell digital downloads, snapchat subscriptions and also for accepting tributes. Mark, the owner of CMD has stated that because of this recent change models can be assured that this occurrence will not effect the operations of CMD, the number 1 skype show directory. For the most part everything will remain the same.

In particular cammodels can expect the following to stay just as they are:

All of this information can be found within the model dashboard on CamModelDirectory and for anyone who may have any questions or concerns, they are encouraged to reach out to Mark directly via skype or email.

Now this news may come as a surprise to many cammodels who use this service as their go to for selling skype shows, but it’s not exactly a new revelation. During the summer of 2017, CMD listed the site as being for sale on a very popular  adult industry page for selling domains and entire websites. The listing was removed shortly thereafter, but many of us have been buzzing about the news ever since.

What Does This Really Mean For The Future Of CamModelDirectory?

I have complete faith in Mark and truly believe that he will in fact stay on as an adviser to help the new owner Gerald Billoir, ease into his new responsibilities.  IndieBill is still a relatively new startup with under three years experience in the adult industry, but I do know that they’ve built their business based on the needs of cammodels and operate at a high level of integrity. Going forward I believe this to be an interesting mashup and quite possibly a service that can take independent camming to the next level!

I truly believe that because of IndieBill’s background they have the potential to build the site up and develop areas that I personally thought were lacking on CMD. For instance the way in which content is currently displayed and sold on the platform, in my opinion could use an overhaul. The site is primarily geared towards selling camshows on skype but I’m not sure that Mark ever understood that the same guys who buy camshows also purchase electronic downloads like videos, picture sets and erotic mp3’s.  Right now on CMD when a customer clicks on the Video link it takes them to a page leading to more model profiles, but instead I think it would be a better idea to have content sorted and displayed by category; and not just a model’s profile. Selling content in addition to performing live camshows is wildly popular, just take a look at the success maintained by newcomers like Manyvids and IWantEmpire. Why not make it easier for customers to get what it is that they want? And if anyone can update CamModelDirectories current interface and give it an updated look with storefront capabilities it’s definitely IndieBill.